Talmy’s typology (2000) categorizing languages based on the linguistic
level has led many studies to investigate how language speakers or learners encode
components of motion event. Beyond this linguistic level, some studies looked for
what spatial concepts are taken into account to conceptualize the path component of
motions by speakers of different language types. It was found that verb-framed
language speakers pay attention to the location of figure in motion while satelliteframed
language speakers tend to describe the trajectory (course) of path, especially
for long-trajectory motions compared with short-trajectory ones. In the present
study, 25 Turkish pre-service teachers of English were requested to describe short
and long trajectory motions in their L1 and L2. The patterns frequently used in
spoken English were evaluated in a survey by the same pre-service teachers and
native speakers of English. The findings revealed that Turkish pre-service teachers
are in a transitional process to acquire the expected or natural English patterns, both
in description or judgment tasks. In the survey, Turkish participants were relatively
in agreement with native speakers of English for the natural satellite-framed
patterns. However, they were partly satisfied with conceptualization patterns that
native speakers of English found unnatural. In addition, native speakers of English
were not totally dissatisfied with some verb-framed conceptualization patterns used
by Turkish pre-service teachers, despite their infrequency in English. Lastly, the L2
narratives were elicited in spoken and written English so as to show the effect of
language mode in conceptualizing motion event. 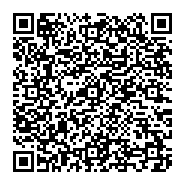