Japan is anisland nation located along the east coast of the Asian continent. Tokio is the capital city of Japan. Having cut itself from the rest of the world until the late 19th century, Japan has preserved many of its traditional customs. Many of these customs are closely linked with the changing of the seasons, with traditional religious practices and festivals. Japanese cuisine is based on combining staple foods, typically Japanese rice or noodles, with a soup and okazu—dishes made from fish, vegetable, tofu and the like—to add flavour to the staple food 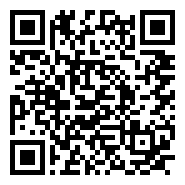