The use of Mandarin Chinese action words in Uyghur-Mandarin code-exchange by local Uyghur speakers is investigated in this paper. Unfamiliar verbal things have been claimed to be treated as ostensible in the host language in various language contact situations with comparable action word blending. Nonetheless, I contend that Mandarin action words are still treated as a verbal class by Uyghur speakers for four reasons, based on models from individual correspondences with Uyghur speakers and my own elicitations:

The use of Mandarin action words is becoming increasingly common among Uyghurs in China's Xinjiang Uyghur Autonomous Region and other parts of China, particularly among college understudies, similar to the more widespread peculiarity of code-exchanging between Uyghur and Mandarin. Accommodation, a desire to practise Chinese, and adaptation to public patterns are all important motivations for code-exchanging. 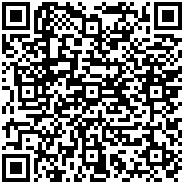